Customer question: Does your cheese production use iodine-free table salt?

The customer inquiry was: “Hello, I would like to order from you, but I have concerns that the cheese is made with iodized salt. I am not allowed to take iodine in addition to myself!

First of all – in our dairy we only use genuine, naturalHere in Austria, we call our fresh, natural milk for our cheese production hay milk (hay mild standard) - in Germany it is different. (untreatedThe cheese is made from fresh milk, which was not treated at the beginning of the cheese making process (raw milk). It is almost as it comes from the cow's udder.), non-iodised (iodine-free) Austrian saline salt (table salt).

Evaporated salt or saline salt is extracted from salt deposits stored in the ground. For this purpose, boreholes are drilled into the salt-bearing layer and groundwater is channelled over them to dissolve the salt rocks. The resulting brine is pumped out. The common salt is extracted by concentrating the brine in large boiling pans by evaporating the liquid.

We obtain this table salt finely and uniodized from the Bruggmühle in Egg.

Important: Our cheeses do not receive any additional iodine contamination from salt!

Our cheese is a pure natural product and should remain so. The choice was therefore from the outset on salt mined in the mine, which is not mixed with iodine.

The question about iodine made us curious why we did some research on this topic and discovered interesting things. Iodine is a big topic.

What is iodine anyway – we found it on the Internet?

“Iodine is the substance that ignites the flame of life and keeps it going. With the help of our thyroid gland, in which the iodine manifests itself, it can either dampen this flame or ignite it into an unbridled fire” (Scholz, 1990).

Iodine is an element that is virtually absent from nature in its pure form. It usually occurs as salt or in compounds. The inorganic iodine salts occur most frequently as sodium iodate or sodium periodate, the organic compounds in seaweed, seaweed or sponges. It is precisely from these raw materials that pure iodine is obtained.

Iodine is a component of the thyroid hormones triidothyronine T3 and tetraiodothyronine T4. These play an important role in embryonic development, energy metabolism, regulation of tissue and cell growth and cell division. Half of the iodine contained in the body is found in the thyroid gland, a quarter in the muscles and the rest in the skin, blood and other components of the body. The daily iodine requirement is 150-300 µg. For example, about 5 g of iodised table salt during daily cooking provides the human organism with 80µg of iodine.

An advantage for people who used to live by the sea: Further iodine sources can be found in sea fish, shellfish, algae, kiwi, ruccola, sour cherry juice concentrates and iodine-rich mineral waters.

Many areas are iodine deficient, including the Alps. In AustriaSince 2004, ARGE Heumilch Österreich has been bringing together around 8,000 hay-milk farmers and more than 60 dairies., table salt has therefore been iodised since 1923. As a result, the most severe consequences of iodine deficiency have been drastically reduced.

Iodine deficiency conditions during pregnancy lead to the child’s mental retardation, cretinism, dwarfism and hearing impairment. Developing countries in particular are still affected today. Iodine deficiency can cause reduced mental performanceThe milk period is also called the lactation period. It is the time when farm animals such as cows, sheep or goats keep milk for milk production. in schoolchildren.

What’s the thyroid doing in the body?

The two important hormones triiodothyronine (T3) and thyroxine (T4) are produced in the thyroid gland. The thyroid gland needs proteinCasein is a constituent of the protein (protein) of cow's milk, which is obtained for cheese production. and iodine to produce these hormones. Since the human body does not produce its own iodine, a sufficient amount must be ingested through food.

Iodine deficiency can cause the thyroid gland to enlarge and form a goitre.

What happens if the thyroid gland is overactive or underactive?

The symptoms are manifold: hyperthyroidism can manifest itself in nervousness, poor concentration, sleep disorders or increased sweating. Symptoms of hypothyroidism, on the other hand, can be sensitivity to cold, listlessness or depressive moods.

Critical voices on the iodination of salt and animal feed HERE

Extract of iodine-free cheeses in the cheese shop 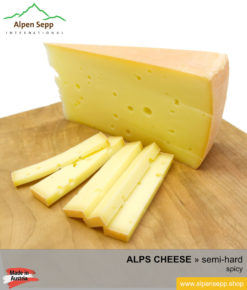 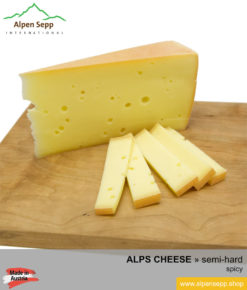 Rated 5.00 out of 5
from: €4.18
HARD CHEESEThe Vorarlberger Bergkäse (mountain cheese) is a regional cheese specialty from the Austrian province Vorarlberg. 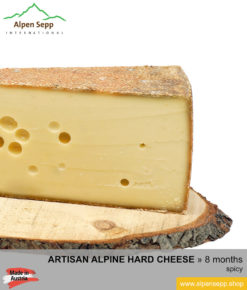 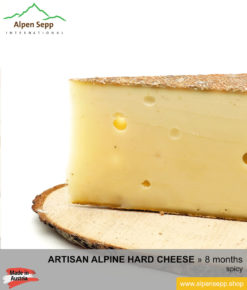 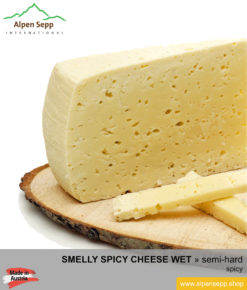 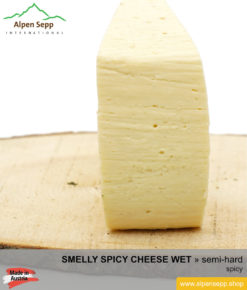 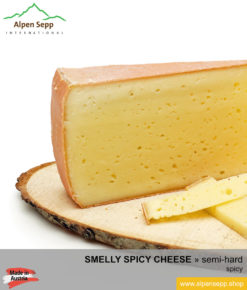 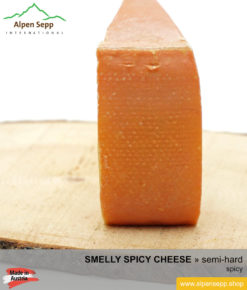 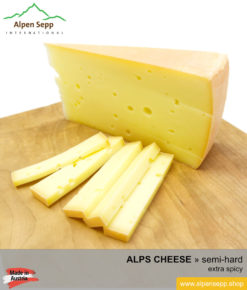 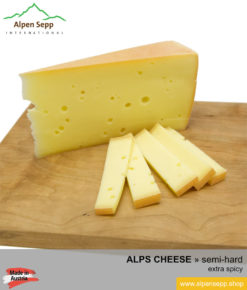 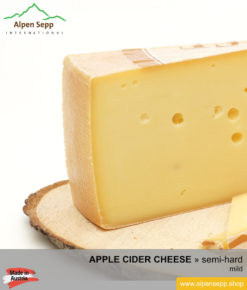 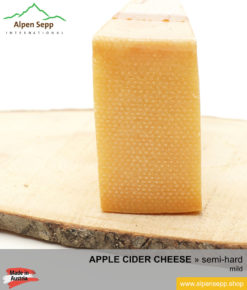 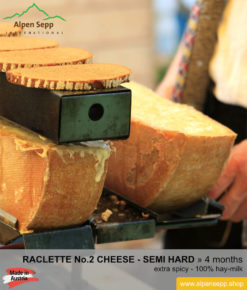 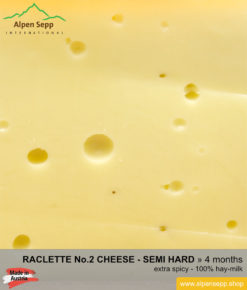